Peel Police Rescue Mama Duck and Ducklings
Peel Police in Brampton Ontario rescued a mama duck and her ducklings that ran under a car idling at an intersection. The duck was hiding her brood under the car from a hawk nearby.

When Peel police Sergeant John Drummond arrived on the scene, he found a number of people surrounding the car, and the hawk lurking close by.

"The hawk stood on a lightpost the whole time we were at the car," said Drummond.

The officers' first attempts to remove the ducks failed: A piece of bread didn't do the trick, and when the officers tried moving the car, the ducks simply walked along underneath. Finally, the officers hit upon a winning plan:


More on the rescue story HERE 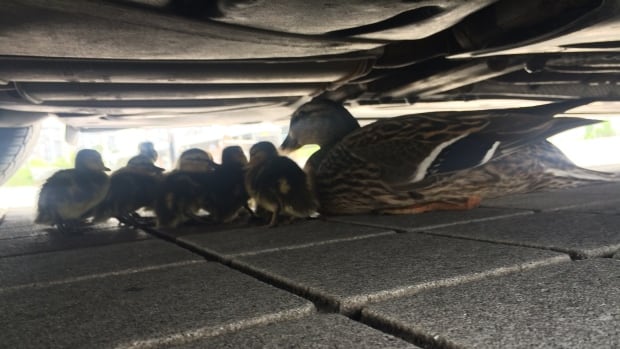 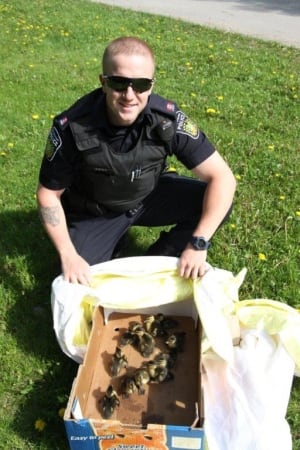