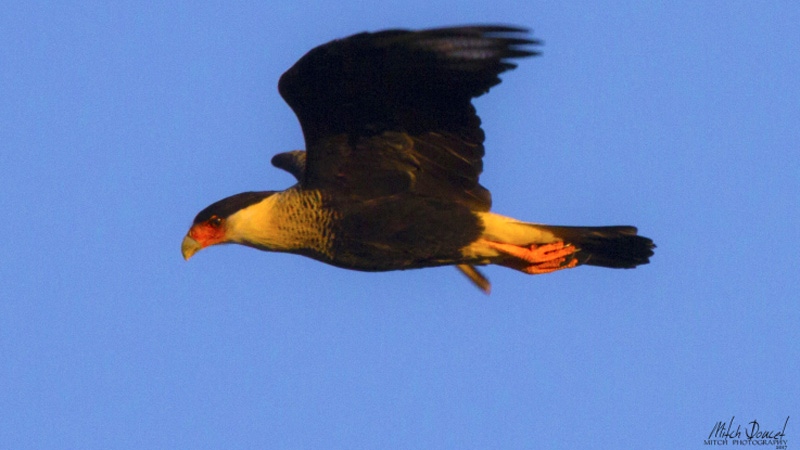 A colourful bird native to the mountains of Central and South America has been spotted in Hopewell Hill, N.B. Prompting bird lovers to flock to the area to try to catch a glimpse.

The crested caracara is part of the falcon family and is typically found in northern parts of South America, Central America and most of Mexico. But a lone visitor seems to have found itself off-course, and is making New Brunswick its new vacation home.

Photographer Mitch Doucet and his wife Irene spotted the falcon this past weekend near Hopewell Hill and Mitch was able to grab a few shots of the black, white and orange bird on his camera.
Saturday, as soon as we got there, he flew over when we were driving by. So we kind of followed him around to see where he would land. We didn't want to disturb him too much so we looked at him from a distance and took some photos, Doucet told CTV Atlantic.


We were many cars, we were about four cars trying to find the bird, she says. Im one of the lucky ones.
Its not clear why a crested caracara would be so far from home, but its possible that recent hurricanes and storms in the Gulf of Mexico set the bird off track. The Doucets say they now hope the bird can find its way home before it gets much colder.