Back - and hopefully for good!
Hello all!

Yeah I know, probably a big surprise huh? I want to apologise for my prolonged absence and at least explain myself to you guys

Just so you know everything is okay - I am fine now. Anything I am about to write has already happened and I'm living with it and okay with it. I won't go into major details as I do want some of my life to remain private but I will give you the basis and you can figure the rest out from there. By all means feel free to PM me!

Firstly - I was already finding it very difficult to remain on the forum while working the hours I was being given. I was working every hour under the sun and in the end it started to make me ill. I would work in an office for 12 hours a day and go and work my door on the evening. I had to be awake longer than necessary to make sure all of the animals were okay and had what they needed. Dogs were walked before and after a shift, hawks were flown when possible, owl trained and so on so forth. Any 'spare' time I had when I needed to sleep in the day I was sorting the animals out. Given that I had a shared responsibility with them they were never left alone but it was still all down to me to give the majority of the care out. I no longer work for this company after I fell ill and began to become more trouble than it's worth for them it seems. They stopped me from visiting my appointments too which meant the important therapy I had been on a waiting list for 2 years for got cancelled - woo

My partner of the last 6 years broke up with me and we wen't our separate ways. I don't feel the need to give details here but regardless it was still sad and caused a lot of distress. We own a home together and had booked and planned a wedding. He has since moved on and as have I. Things are good in that department. I have a lovely, supportive partner who would move the earth for me and supports me wholeheartedly in everything I do

I had a mini stroke - or specifically a transient ischemic attack. I was in my living room while I had guests over and I felt like I was punched around the side of the head. I collapsed but got myself back up and went to bed (telling them to NOT call an ambulance!). Of course they called the emergency services who only wanted to talk to me to make sure I was okay, then it was oh we'll just send somebody out to you to check you over, then oh you could do with going to hospital to be looked at. I was in there a while! Testing over many months didn't come up with much but since then I have been absolutely exhausted. I had time off work for a couple of months but I was mostly asleep with my partner picking up my responsibilities. I lost a lot of confidence in myself at this point and my mental health spiraled. I'm okay now! I do a lot of strength training to build myself back up and I am going to try to lose the weight I gained while I am getting better

Disaster strikes again (and thank goodness for dogs!). Toby, the border collie x papillon came running into us and took us to my grandad who was face down in his living room. An ambulance and hospitalisation later we now know that he has a ridiculous amount of heart failure on the left side. Sadly this meant that I had to rehome the majority of my birds and some of my reptiles to pick up helping him out at home. Shortly followed by this my nan was diagnosed with cancer. She is still receiving treatment now and doing very very well but it has been an emotional and upsetting journey for everybody. My nan is like the sun in our universal family. She holds it all together. Again, due to this I rehomed even more of the birds. She has finished her chemotherapy and her radiotherapy. A few tests in a couple of months time and we should be in the all clear

Following this I then found out I was in the early weeks of a pregnancy but sadly I miscarried. My mental health took a turn for the worst then but my partner had built me back up and supported me like nobody else could imagine. He really has been a lifesaver

I started working again and I began working for another door supervision company over in a town an hour or so away, which isn't bad money! I've now got a second and main job which I work 4 days a week and I'm pretty happy with that too. I'm a lot better off than I was. Just always busy. my 4 on 4 off schedule is allowing me to train up in the security department I was most interested in - dog handling! My amazing partner bought me a working line German shepherd puppy in January and we have been training him up to eventually be my colleague. What an amazing experience it has been - granted also time consuming!

Over all things are starting to look back up again. I have started to become more confident again, I feel like I have a little bit more spare time and I can see a lot of positivity coming my way

I will give you guys an awesome and lengthy bird and animal update either later this evening or tomorrow (I have a day off - well half a day haha) if you're all interested. I am glad to be back. I hope this time nothing goes wrong and I can actually stick around for you guys. I miss this place and I miss all of you! 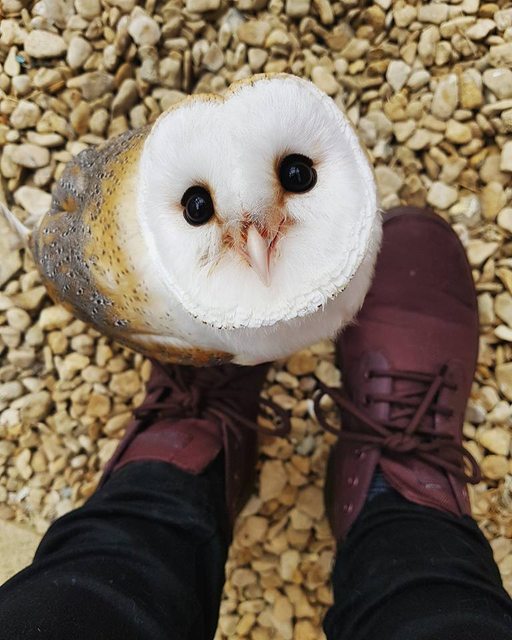