Join Date: May 2010
Posts: 73
Thanks: 0
Thanked 0 Times in 0 Posts
Rep Power: 11
Very affectionate- now with pictures!
My baby Senegal is officially settled in, I think. She loves to be held, and loves to just ride around on people all day long if we let her.

I was in the kitchen earlier getting water for my 3 year old, and Eko came walking over to find me. And when she saw me, she RAN over to my foot and tried to figure out how to climb up me. I helped her out and picked her up.

Then later, I was sitting here at the computer and she jumped down from her cage, and walked over to my leg, and climbed up from the floor to my shoulder unaided.

Good news too, I ordered a camera a few days ago, it should be here tomorrow or Tuesday. So, expect to finally get to see Eko!

ETA: my dead camera has come back to life. The one that I ordered is much better, so I should have better pictures to share tomorrow or the next day, but for now here are a few: 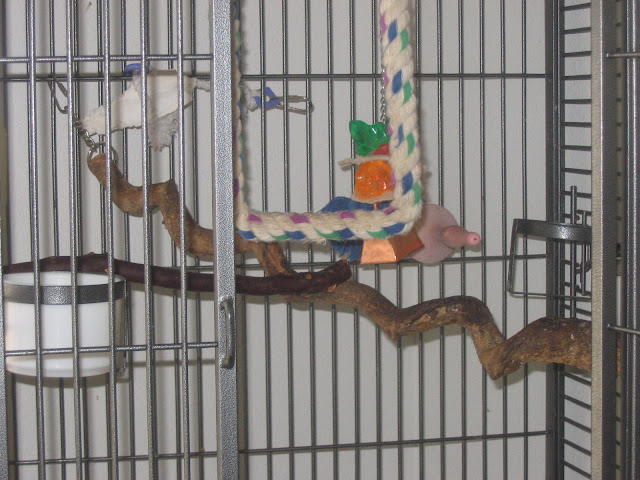 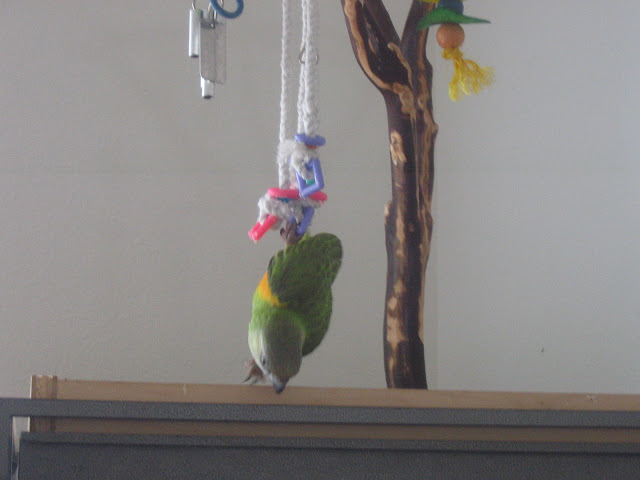 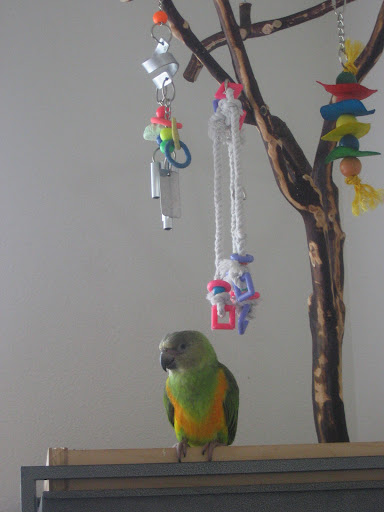 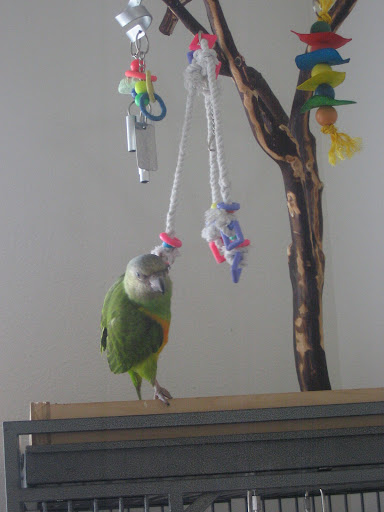 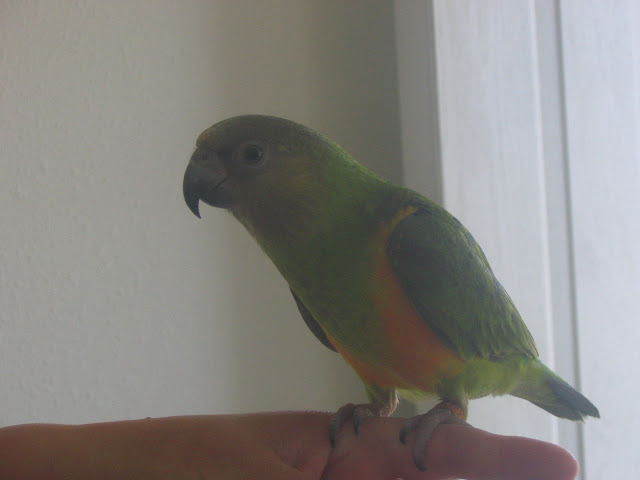 Awww, she's beautiful! I love seeing her hanging from her toy

be sure to offer wood toys. Sennies LOVE to chew wood

Join Date: May 2010
Posts: 73
Thanks: 0
Thanked 0 Times in 0 Posts
Rep Power: 11
Thanks, she does have a toy made of rope and wooden blocks. The day before I took those pictures I switched it out for the bell toy, because I was advised here to switch toys around frequently to help avoid phobic behaviour.

I thought that would be okay, since I switch them around, and also she has her wooden perches and playstand (which has small built-on hanging pieces of wood, in addition to being made entirely of wood itself)?

She doesn't play with her toys much anyway. I figured that she will later on, she's still a baby and has only been here for a couple of weeks. She spends as much time on my shoulder as I will allow, and most of the rest of her time is spent on top of her cage.

Or, maybe she just isn't a toy lover? I guess? I think it's the former though, because she is showing more interest as time goes on.

Join Date: May 2010
Posts: 73
Thanks: 0
Thanked 0 Times in 0 Posts
Rep Power: 11
Oh, I should also mention that I am planning to order some sets of shoelaces/rawhide strings and wooden blocks. So my 3 year old and I can have a fun craft to do together, and the parrot gets toys out of it