Update on my Alexandrine Parakeet baby, Coby.
Coby is nearing 6 weeks old (5.7 weeks), he changes what it seems like each time I look at him. I weighed him before a feed earlier, and he is currently at 198 grams  I am not the least bit surprised to be honest, he is such a greedy guts.

He preens lots, and he is really testing out his wings at the moment, he flaps pretty hard and I think he might be expecting take off! No doubt it will happen before my eyes.

PDV, APV, PBFDV and Chlamydia/CP tests all came back negative too!

I am going to be doing DNA sexing next, the tests were much more important.

I got a bunch of photos of Coby while he was having a preening session yesterday (which went on for over half an hour), it was so cute!

Here are the photos:

Look mum, I can flap my wings! 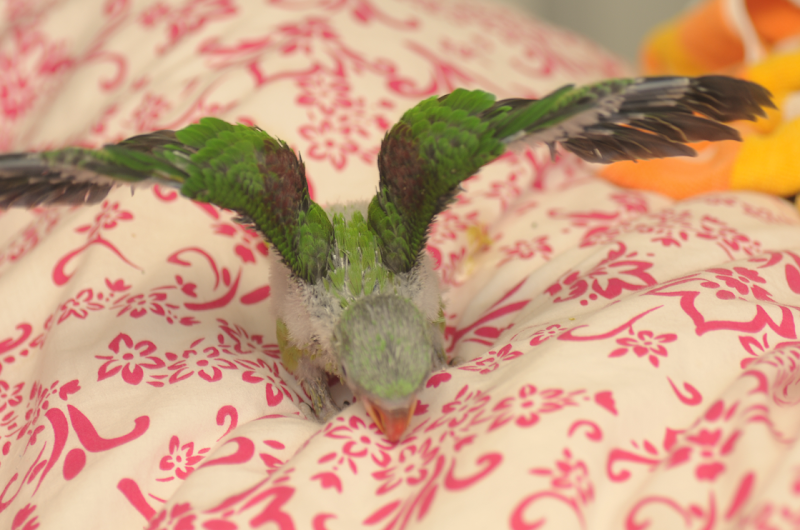 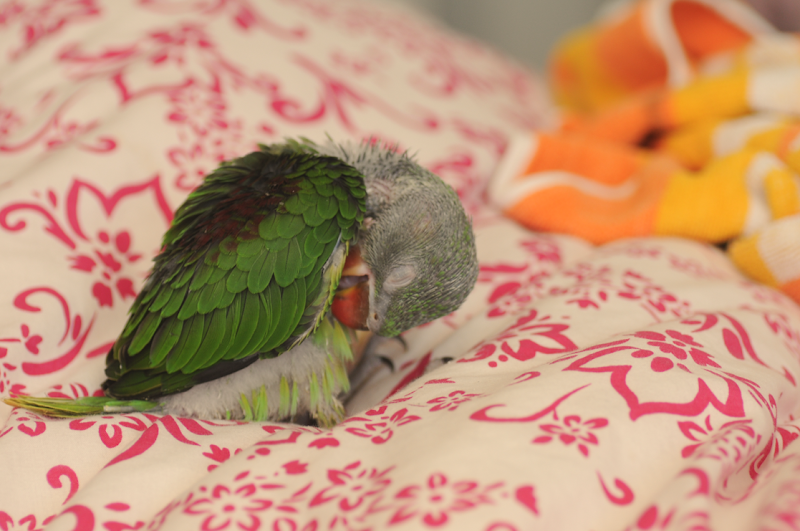 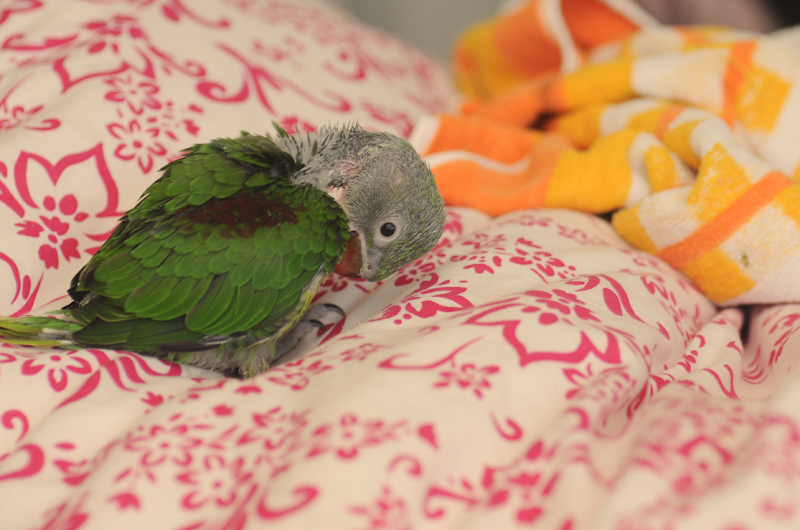 And a few randoms since he is such a cam ham.

This is not always the case but usually it holds. My Baby Bird threw us he had a lovely rounded delicate head like a hen and one of his sons is the same. This is what made him such a good show bird as he was huge but had the lovely head that attracted the judges to him. He was also very calm in the show cage and an absolute showman. He could be in the 11ft flight all year and the first time he was put in the show cage he was performing.
Kate is offline
Quick Reply

Such a cutie!! I love the 5th photo - he's really getting to that perfect spot